Yes, I’m a non driver. Yes, I tried to learn a few times when young, it wasnt good. Lets say it was akin to Jean Harlow’s singing talents, and leave it at that. Yes, seriously that bad. Though to be fair, that was in the days when all cars over here had a manual gearbox. If I’d been in the US, or had a car over here with an automatic gearbox, well, who knows? But it wasnt the case, and I’m not trying again now!

To be fair, most of the jobs I see advertised that are suitable for me, are pretty much city based. I have had a few, where I have missed out on applying for jobs, where the location isnt suitable for a non driver, but there hasnt been many. Yes, one or two I would have liked to have had a go at, but not many. I’ve even considered those, if the bus service was decent, but generally these remoter points, have a bus service to match, not a great one!

Yes, today I saw one, on one of my job seeking emails, for a Customer Service agent, based in Huddersfield. Perfect, I thought, and then I clicked on the link. You had to be a driver, because you might have to go to their other offices, aargh! Still, never mind, I guess I’ll have to get by, all the same. To tell the truth, this looks more like my type of vehicle, and would have no issue with traffic hold ups, for sure! 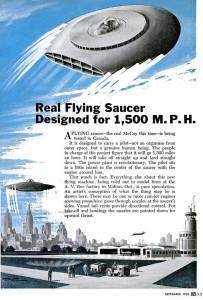 Yes, sadly, I very much doubt it ever got beyond concept lol!

Oh, and while I’m talking job opportunities, it seems one occurred today that would be perfect for me. Baseball analyst, and commentator, at ESPN. Yes, Curt Schilling got relieved of his duties for some transphobic comments he made. Now, talk about my dream job…and given you’re either in the studios, or flying to a big city? If anyone knows who I send my details to, let me know. Why not, they’re an inclusive employer, so whats wrong with a woman presenting baseball analysis? 😉

Right, the video. Something I dont do, and now am never likely to do.